Archive for the tag “Habits”

for writers: use your brain to make writing a habit

(Note: This article was first published in the September issue of the SouthWest Sage newsletter.) 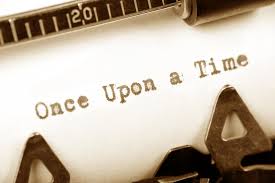 You probably already know that waiting for inspiration to strike is a sure way to get little or no writing done. If you want to produce a body of work—and be prepared to welcome inspiration when it does show up in your neck of the woods—you need to write regularly. The best way to do that is to turn the act of writing into a habit.

In writing, habit seems to be a much stronger force than either willpower or inspiration.  —John Steinbeck.

Habits are a labor-saving device for your brain, which needs all the help it can get. Your brain weighs only about three pounds, yet it consumes 20% of your body’s energy. Habits allow your brain to streamline some of its operations by powering down and switching to autopilot. Essentially you’re wired to have habits. And your brain isn’t interested in your opinion about your habits (whether you think they’re good ones or bad ones). A brain’s going to do what a brain’s wired to do.

When you perform any activity on a regular basis—brushing your teeth before going to bed, snacking in front of the TV, going to the gym after work—your brain takes note. It then “chunks” that behavior, beginning with the cue or trigger that initiates it, and turns it over to your basal ganglia. The cue could be time of day, a particular feeling such as loneliness, or even another activity. In the case of writing, it could be sitting down in front of your computer at the same time every day or with your favorite hot beverage.

Once a behavior has been chunked, each time your brain encounters the cue or trigger for it, it switches to autopilot while you go through the motions of performing the activity. After you complete that chunk of behavior, your brain turns autopilot off and powers back up.

In addition to the cue and the behavior itself, the third part of what’s called “the habit loop” is the reward. The reward is the feeling of pleasure you get during—or after—engaging in the behavior. The pleasant feelings you experience are the result of your brain’s release of dopamine, a neurotransmitter that also activates emotional and learning circuits. The reward is positive reinforcement that motivates you to repeat the behavior. Although it’s a critical part of the habit loop, the reward is the part people are most likely to skip when trying to create a new habit. If you aren’t writing on a regular basis but think you ought to be able to do it without having to reward yourself, your basal ganglia beg to differ.

Until you’ve developed the habit of writing, you’re needlessly taxing your brain by forcing it to operate at full power while you debate whether, when, where, and what to write. Once you’ve turned writing into a habit, you can channel that brainpower into your actual writing.

Start by choosing a time and place to write, preferably daily. Decide on a cue so your brain knows when to switch to writing mode. Try hooking your writing habit onto an existing routine, such drinking your first cup of coffee or tea or returning home from a walk or the gym, and using that as a cue. Then choose a reward. You can give yourself a smaller reward each day or a bigger one after, say, a week. Just make sure you reward yourself often enough that your brain associates the reward with writing.

There is no magic number of days it will take before sitting down to write at the designated hour becomes automatic. It varies from person to person and habit to habit. Your brain responds to consistency, however, so it will eventually get the message. In fact, once you’ve developed the habit of writing you may find it hard to resist the siren call of your writing cue, even on days when you’re sure you don’t have time to write.

If you find the blank page a daunting place to begin, avoid having to face it by stopping in the middle of a scene or a passage. By the time you get back to it the next day, you not only won’t have to think about whether or not to write, you won’t have to think about where or how to begin, either. As a bonus, you will have given your unconscious the opportunity to make connections and see patterns that may not have been evident the day before. That’s how to use your brain.

To learn more about using your brain, be sure to check out Farther to Go!